The History of Van Life

If you’ve been paying attention, you’ve likely noticed the boom in popularity of a little thing called “van life.” Of course, the idea of traveling and living in vans is nothing new. Since the 1950s, vanning has appealed to carefree surfers, DIY gearheads, concert-going hippies, social justice activists, and—today—everyone from road-tripping families to young travel influencers.

While the faces, places, and cultural contexts of vanning have changed over time, the heart of the lifestyle has stayed true to its origins. Van dwellers today are chasing many of the same things their forefathers were—a sense of freedom and adventure, a practical mobility and flexibility, and an alternative way of life. To help you fully appreciate #vanlife today, we’re offering a look back at the storied history of van culture in the U.S.A. 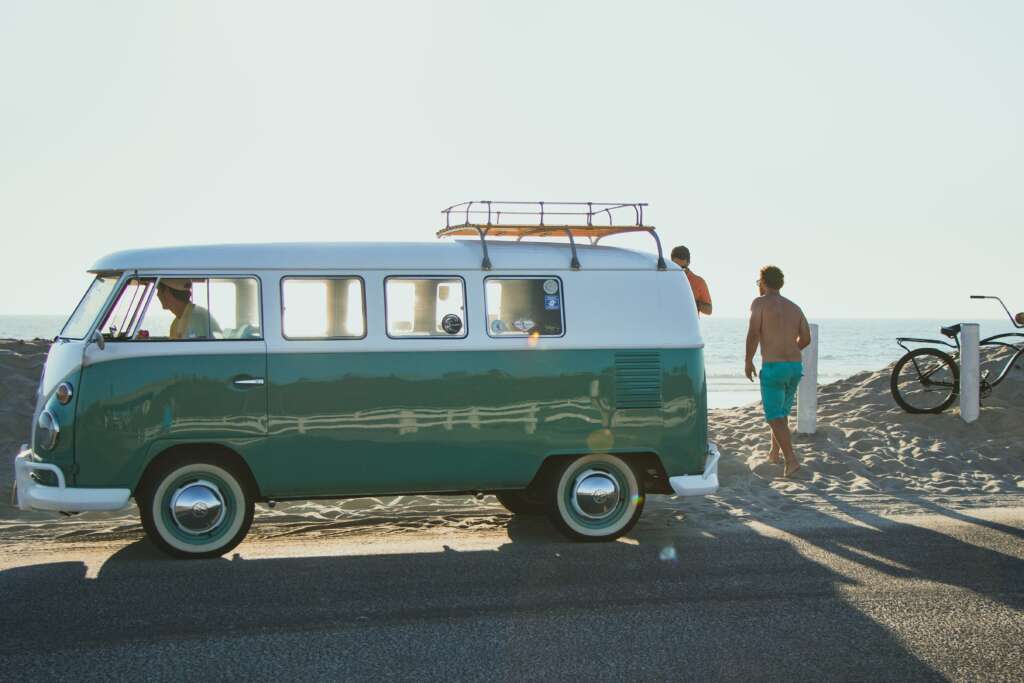 The first van, the “Microbus” or “Type 2,” was introduced to the United States by Volkswagen in 1950. Surfers on the West Coast had previously been using smaller converted vehicles for their adventures, but the Type 2 was a major upgrade and thus became a favorite in the surfing community. The van offered ample space for surfboards, friends, and sleeping set-ups, turning life into a never-ending road trip.

Vans also caught the attention of those who had an interest in fixing up and customizing cars. This new type of vehicle provided them with an affordable and exciting project as well as a sought-after sense of uniqueness. By then, American manufacturers such as Ford and Chevy had started producing their own models of passenger and cargo vans, giving gearheads plenty of options to choose from. In the late 1960s, West Coast van owners invented “van runs,” which were raucous weekend-long parties in fun locations like the desert or beach. Soon, the rest of the U.S. was let in on the secret of this burgeoning lifestyle movement. The casual van runs gained traction across the U.S. and official van organizations were formed. These organizations held events called “Show & Shines” where people could show off their interior and exterior van customizations, win trophies, and gather collectible memorabilia.

In Colorado in the summer of 1973, local van clubs and organizations from across the U.S. met up for the first time. This “First National Truck-In” linked many small groups across the country and cemented vanning as a thriving subculture in the United States. Throughout the late ’60s and into the ’70s, vanning garnered a counterculture audience and reputation. Opposition to the Vietnam War had spurred a mass movement of hippies espousing a “peace and love” philosophy. These anti-establishment young people jumped at the opportunity to live a life of freedom—from bills, jobs, and staying in the same place for long. Many traveled in VW Microbuses painted with peace signs, flowers, and trippy designs. The VW Type 2 was soon dubbed the “Hippie Bus.”

At the same time, vans were becoming popular for social justice reasons. They were used to transport people to rallies, protests, and polling locations. The legendary Esau and Janie Jenkins, a Black couple in South Carolina, utilized a ‘66 VW Microbus and several repurposed city buses in their mission to provide opportunities for the African American people in their community. 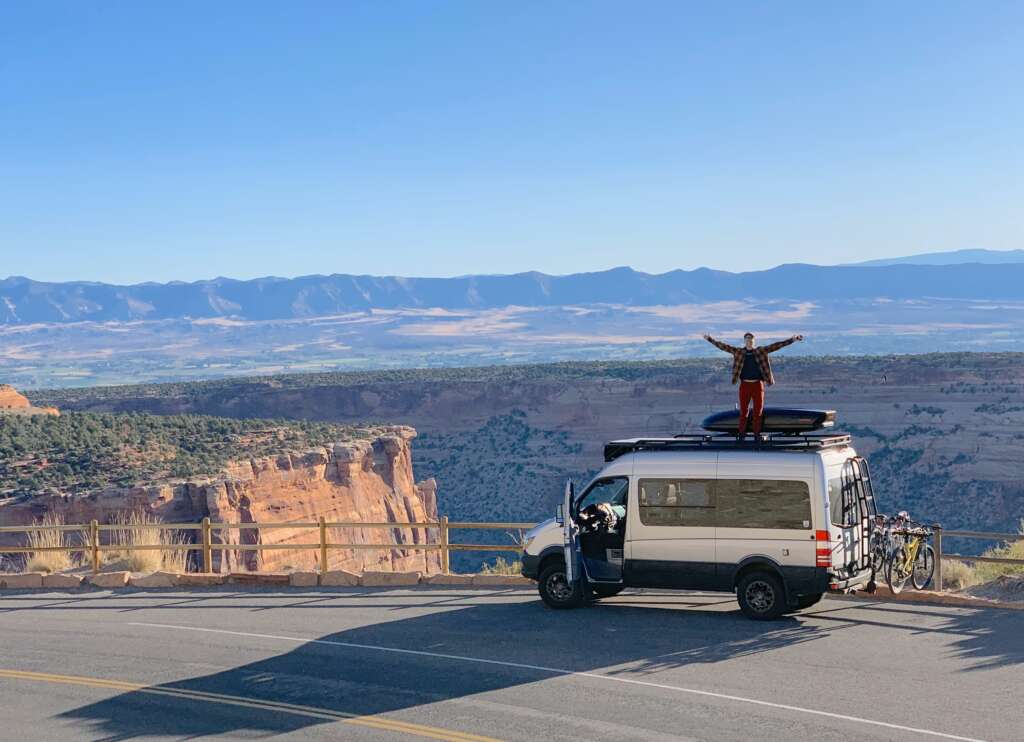 While Volkswagen paved the way, many other companies throughout the decades have taken notice of the success of vans and released their own versions. VW vans are still loved for their nostalgic aesthetic, but other brands are building large fan bases of their own. Mercedes-Benz Sprinters, Ford Transits, and Ram ProMasters are some of the top models for DIY van conversions. Even better, leading companies like Winnebago and Roadtrek are offering vans with everything you could possibly need already built-in—living spaces, bathrooms, kitchens, and comfortable beds for a great night’s sleep after a day of exploring.

Today, with over nine million posts using the #vanlife hashtag on Instagram, the movement is in full swing. This growing community on social media as well as an outpouring of blogs and vlogs means there is now more connection between van lifers around the country (and the world) than the organizers of the “First National Truck-In” could have ever dreamed of. 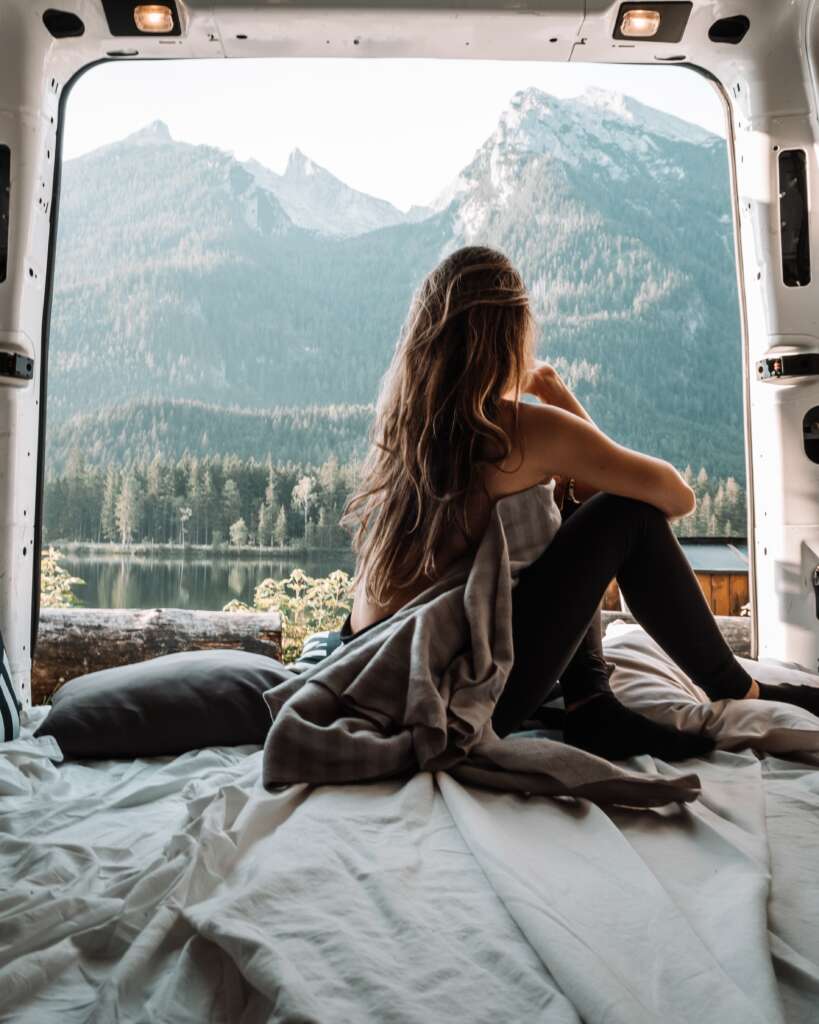 Over the decades, van life has gone from having something of a rowdy, fringe reputation to appealing to a much wider range of people, from retirees looking to tour the country in their golden years to millennials chasing the thrill of adventure sports. The ability to travel wherever your curiosity takes you and meet new friends along the way appeals to people from all walks of life, as does the affordability of the lifestyle. Many full-time van dwellers are also drawn to the ideals of minimalism and sustainability that come along with fitting everything you own in less than 100 square feet. And of course, the sense of freedom that first drew surfers to the lifestyle remains a strong pull for modern van lifers. Today, there are as many types of van owners as there are vans, but all are united by their search for something special outside of traditional lifestyles.

Suspect you might be one of these people? Add your story to the long, rich legacy of van life and play a part in shaping its future. Visit Rec Van today to browse camper vans and join the revolution. Did you like the History of Van Life? Please share with a friend.